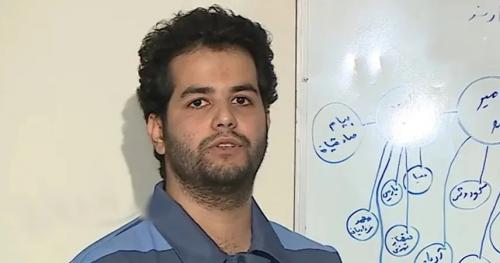 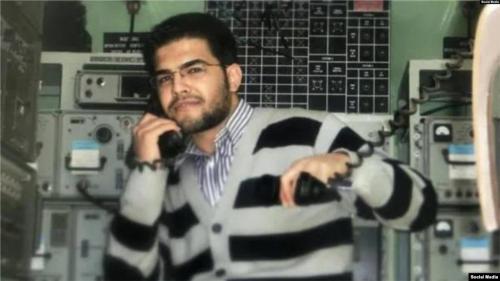 Instagram Star Faces Death Penalty in Iran Over Betting Sites
Instagram star Milad Hatemi has been indicted on the charge of “corruption on earth” in Iran, which carries the death sentence, related to an alleged online gambling operation.
The former influencer is one of several accused by the Islamic Republic of illegally profiting from gambling platforms and laundering the money overseas. He was arrested in Turkey following an Interpol red notice and handed over to Iran last March. The indictment, shared by the Iranian judiciary’s media center on July 14, accused Hatemi of “corruption on earth through widespread abuse and disruption of the country’s monetary and currency system, amounting at a minimum to more than half a million US dollars ($550,290), laundering the same amount, opening a gambling platform, and encouraging corruption.”
The case has been referred to Branch 15 of Tehran’s General and Revolutionary Court. Last year state TV aired a video that showed a detained Hatemi giving an apparently forced confession.
The charge against him is ill-defined in the Islamic Penal Code but has previously been used as a catch-all with which to convict alleged brothel-keepers, sellers of alcohol, and otherwise blameless regime critics. Hatemi had lived in Turkey for some years with his wife and young child. At one point he had more than four million followers on Instagram and had published photos and videos online of their glamorous lifestyle, many featuring luxury cars.
He is 1 of at least 9 Persian Instagram-famous individuals accused by the Islamic Republic in the past few years of running “illegal” betting sites.
They include the rapper Amir Tataloo, who was arrested in Turkey in January 2020. He was due to be extradited at the time, but no update on the case has been published since then.
In March this year, Branch 8 of Tehran Criminal Court issued a fresh summons for Tataloo as well as Donya Jahanbakht and Sasha Sobhani, both of whom are now understood to be based in London. Last year Sobhani publicly denied the charges and previously sought asylum in Spain, saying he feared for his life if the red notice against him was acted on.

Abdul Wahab Kocak, Accused Of Killing Iranian Dissident In Turkey, Sentenced To Life In Prison
Masoud Molavi Vardanjani, who had published documents on his Telegram channel accusing Iran's judiciary and security forces of corruption and assassinating opposition figures, was shot dead in November 2019 in Istanbul.
Turkish media reported on July 7 that Abdul Wahab Kocak was sentenced to life in prison for the murder of Masoud Molavi Vardanjani, who was shot dead in November 2019 in Istanbul.
Vardanjani had repeatedly accused Iran's judiciary and security forces of financial corruption and assassination of opposition figures by publishing documents on his Telegram channel.
Kocak was among 14 defendants who were sentenced in the case on July 6. Three others were sentenced to 15 years, 12 years, and six months, respectively.
A Turkish police report published in March 2020 said Vardanjani had an “unusual profile” and had worked in cybersecurity at Iran’s Defense Ministry before becoming a critic of the Iranian regime.
A senior U.S. administration official said in April 2020 that Washington had grounds to believe that Iran's Intelligence and Security Ministry was directly involved in Vardanjani’s killing. Iran has denied that any consulate staff had been involved in Vardanjani's shooting death. Sabah newspaper of Turkey earlier reported that Mohammadreza Naserzadeh, an Iranian diplomat, is accused of handing over fake identification documents to Ali Esfanjani, who is accused of being the mastermind behind the plot to kill Vardanjani.
According to the decision of the Istanbul Court of First Instance, the criminal case of Naserzadeh, an employee of the Iranian consulate in Turkey, along with Ali Esfanjani and Naji Sharifi Zindashti, among the other defendants in this case, will be heard separately.