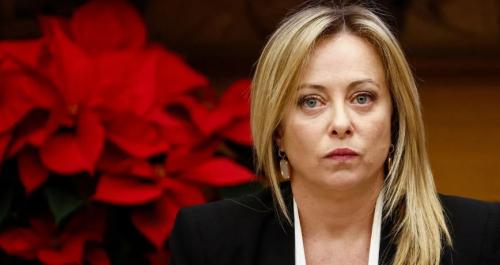 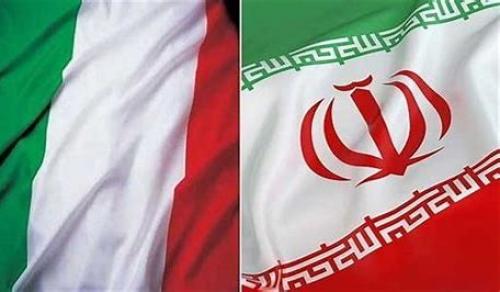 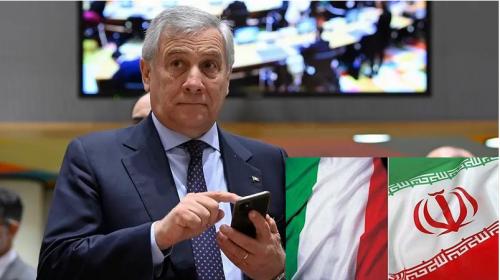 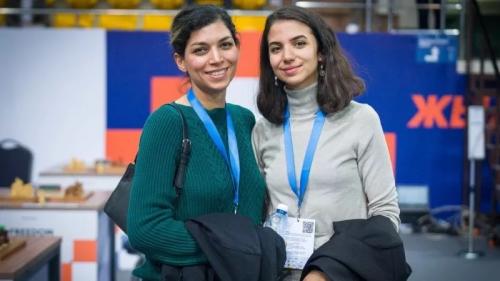 Arouses the admiration of the Italian Prime Minister Meloni

Italian PM Says Repression Of Protesters In Iran ‘Unbearable’
Italy’s prime minister has slammed the repression of protesters in Iran saying that issuing death penalty for demonstrators is “unacceptable and intolerable”.
Prime Minister Giorgia Meloni said Thursday that the events underway in Iran cannot be tolerated by the European country.
“What is happening today in Iran is unacceptable for us, Italy can no longer tolerate it,” she told to an end-of-year press conference.
If the Iranian regime does not change its stance, Rome will consult with its allies to take more effective action against the Islamic Republic, added Meloni.
On Wednesday, Italian Foreign Minister Antonio Tajani summoned the Iranian envoy to Rome urging the regime to stop executions and start a dialogue with protesters.
Last week, Italian lawmakers approved a draft resolution urging Iran to immediately stop issuing death sentences to anti-government protestors and free all detainees.
The resolution was unanimously passed by the Foreign and European Affairs Committee of the Italian Chamber of Deputies, and they called on the Islamic Republic to withdraw all charges against protesters.
Earlier, the Italian Senate’s Foreign and Defense Committee approved a similar resolution.
Iran on December 8 hanged 23-year-old Mohsen Shekari after a secret Revolutionary Court trial. Four days later Majidreza Rahnavard, also 23, was hanged in Mashhad in front of a hand-picked group of insiders.
At least forty protesters are in risk of execution or death penalty sentences by courts while nearly all their rights are grossly violated.

Iran summons Italian ambassador over protests solidarity.
The Iranian foreign ministry on December 29 summoned Italy’s ambassador to Tehran over remarks made by Italian officials criticizing the Islamic republic’s crackdown on the protests in the country, saying that Italy’s “interventionist” comments are “unacceptable and rejected.”
In an end-of-year press conference on December 29 morning, Italian Prime Minister Giorgia Meloni called on Iran to cease its “unacceptable” crackdown on the women-led demonstrations across the country, saying that “Italy can no longer tolerate it."
“In this meeting, the Islamic Republic of Iran's strong protest against the continued interventionist statements and actions of some Italian officials in the internal affairs of our country was communicated to the ambassador of this country,” read a statement from the Iranian foreign ministry.
The Iranian foreign ministry claimed that it is “the other side” that has violated the rights of the Iranian people through imposing “illegal” sanctions on the country, adding that Italy’s “negative” stances are not compatible with Rome and Tehran’s historical relations.
Nationwide protests erupted in Iran following the death of young Kurdish woman Zhina (Mahsa) Amini while in police custody in September. Tehran has violently cracked down on the protests, leading to a barrage of condemnations and sanctions from the international community.
The Italian foreign ministry summoned Iran’s ambassador to Rome to protests Tehran’s treatment of the demonstrators.
At least 508 protesters, including 69 children, have been killed and over 19,000 have been arrested since the protests began over three months ago, according to US-based Human Rights Activists News Agency (HRANA).
Eleven death sentences have been issued by an Iranian court over the protests, the majority being related to the alleged targeting of Basij members, the militia of the Islamic Revolutionary Guard Corps (IRGC). Two protesters have already been publicly executed.

Italy urges Iran to stop executions and open dialogue with protesters
Iran must stop executing and persecuting protesters and should open a dialogue with them, Italy’s Foreign Minister Antonio Tajani said on Wednesday after summoning the Iranian ambassador.
Tajani said death sentences against people who take part in demonstrations or women who refuse to wear headscarves were a massively disproportionate and unacceptable form of punishment.

Iranian Chess Grandmaster Sara Khadem Competes In International Tournament Without Hijab
Iranian chess player Sara Khadem competes without a hijab in Almaty on December 26.
A top female Iranian chess player has competed without a hijab at an international tournament in Kazakhstan, in an apparent gesture of solidarity with widespread protests in Iran triggered by the death of a young woman in police custody in September.
Iranian news outlets reported on December 26 that Iranian Woman Grandmaster Sara Khadem had competed at the FIDE World Rapid and Blitz Chess Championships in Almaty without wearing a hijab. The hijab became compulsory in public for Iranian women and girls above the age of 9 after the 1979 Islamic Revolution.
Since the death of 22-year-old Mahsa Amini after she was arrested by Iran's notorious morality police for wearing a hijab "improperly," Iranians have flooded streets across the country in protest, with women and even schoolgirls putting up unprecedented shows of defiance in what appears to be the the biggest threat to the Islamic government since the 1979 revolution.
Hassan Tamini, head of Iran's chess federation, was quoted by the Fars news agency as saying that Khadem, also known as Sarasadat Khademalsharieh, participated in the chess competition without the backing of the federation.
"This chess player participated freely and at her own expense," Tamini said. "Khademalsharieh did not participate in these competitions through the federation, but went independently and did this action."
Khadem is the latest Iranian sportswoman to compete in an international event without a hijab in solidarity with Iranian protesters.
Several Iranian athletes and prominent public figures, including soccer star Ali Daei, have been summoned or arrested by the authorities and had their passports confiscated after showing support for anti-government protests.
In October, climbing champion Elnaz Rekabi sparked a controversy by competing in the Asian Championships in Seoul without a head scarf.
As noted by the huffingtonpost.it website, two Iranian chess players took part in the tournament in Kazakhstan without wearing the mandatory hijab. In addition to Sara Khadim, whose story became known, Atousa Pourkashiyan also competed bareheaded, reports the anti-regime news website IranWire. Khadim and Pourkashiyan appeared in photos posted to the International Chess Federation's Flickr feed without their hijabs, adds Iranwire, which also publishes the photos in question.
The story was mentioned by Italian Prime Minister Giorgia Meloni.
In the end-of-year press conference (December 29) Meloni addressed the bloody repression of popular protests in Iran.
"I was struck by the story of this chess champion who decides to participate in the World Chess Championship by taking off her veil in front of the world," Meloni commented. “It made me think. We are used to symbolic gestures but usually ours do not have potentially as serious consequences as this could have. This concerns you and others who are making symbolic gestures in Iran, knowing that they can pay very high prices This should make us reflect on the value of freedom, which we take for granted".