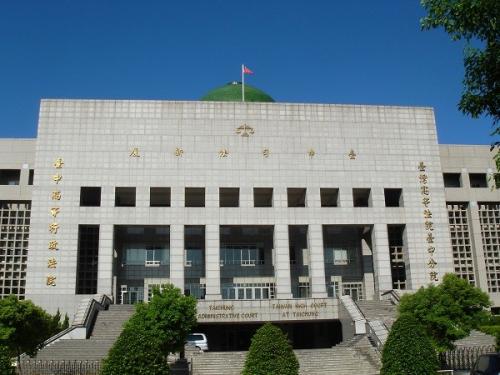 Taiwan High Court’s Taichung Branch upheld on 29 March 2022 the death sentence for a man who killed his girlfriend and their two sons in November 2019. 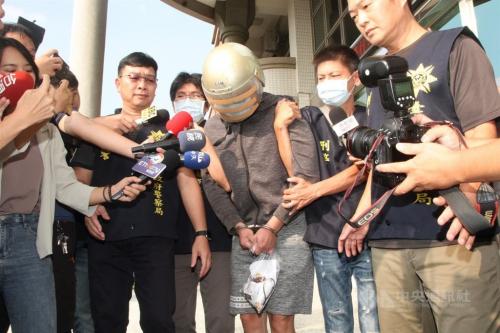 A 30-year-old man was convicted on 18 March 2022 of raping and killing a Malaysian university student in 2020, and he was sentenced to death by the Taiwan Ciaotou District Court.

Taiwan High Court’s Taichung Branch upheld on 29 March 2022 the death sentence for a man who killed his girlfriend and their two sons in November 2019.
According to the sentencing documents, Chen Hung-chia and his girlfriend, also surnamed Chen, lived together with their 10-month-old twin boys. Chen's girlfriend worked as a hostess while Chen, who was unemployed, stayed home to take care of their sons.
Chen was reportedly unhappy with his girlfriend’s job, which required her to have frequent contact with male customers, the documents say. During a quarrel on 3 November 2019, Chen strangled her to death.
About 12 hours later, Chen became concerned over the difficulty of finding someone to take care of his sons, as well as how they would treat him when they grew up. He then put them in a washing machine with thick blankets.
An autopsy later confirmed they died of suffocation, while Chen confessed to both their murders and his partner. After assessing Chen, the Ministry of Health and Welfare-run Tsaotung Psychiatric Center concluded that he did not have a mental disorder while committing the crimes.
In October 2020, Taichung District Court sentenced him to 13 years in prison for the murder of his girlfriend and handed down a death sentence for killing his sons. Chen appealed the death sentence in the Taiwan High Court.
The High Court's sentencing documents said that Chen's crimes caused grave damage to the security of society and belong to the “most serious crimes” category, as stipulated by Article 6 of the International Covenant on Civil and Political Rights. The court therefore rejected Chen's appeal and upheld the district court’s death sentence.
The sentence can still be appealed in the Supreme Court.

A 30-year-old man was convicted on 18 March 2022 of raping and killing a Malaysian university student in 2020, and he was sentenced to death by the Taiwan Ciaotou District Court.
In its ruling, the court said Liang Yu-chih had committed a "brutal" premeditated crime that had caused public panic and "seriously hurting Taiwan's image."
Liang was convicted of sexual assault, homicide and dumping the body of the 24-year-old Malaysian woman, surnamed Chung, according to the court verdict.
The court also found Liang guilty on a charge of attempted sexual assault of another woman one month before Chung's murder.
Combining the penalties in the two cases, the district court sentenced Liang to death and permanently stripped him of his right to run for office or work as a civil servant. The case can still be appealed.
In the verdict, the court said Liang abducted Chung on the street on 28 October 2020, as she was walking back from the campus of Chang Jung Christian University in Tainan to her place.
Liang, who was 28 at the time, sexually assaulted the student, strangled her with a rope and dumped her body in a mountainous area of the neighboring Kaohsiung City, according to the verdict.
Liang showed no remorse when he was arrested in Kaohsiung the day after he murdered Chung, and instead he tried to mislead the police, according to the court. 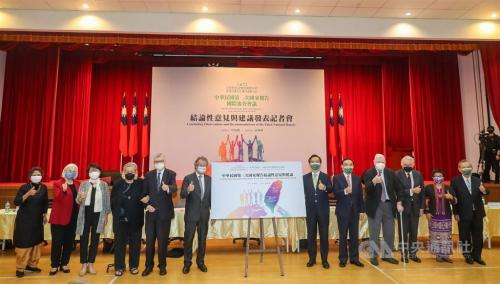 An international panel of human rights experts on 13 May 2022 called on Taiwan to end the "cruel and degrading" practice of capital punishment. 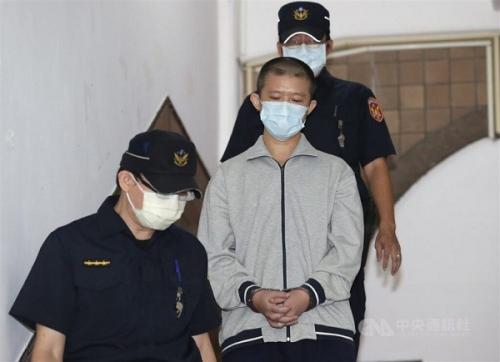 The legal drama of a man found guilty of raping, killing, and dismembering a woman on the lawn behind Taipei's Huashan 1914 Creative Park in 2018 has finally come to an end, following the Taiwan Supreme Court's decision to uphold a lower court’s life sentence on 23 February 2022.

An international panel of human rights experts on 13 May 2022 called on Taiwan to end the "cruel and degrading" practice of capital punishment.
In its Concluding Observations and Recommendations issued on 13 May, the nine-member group said it was "extremely disappointed" at the failure of Taiwan's government to address the issue despite persistent calls for the abolition of the death penalty in the country.
Invited by Taiwan's government, the group conducted a five-day review from May 9-13 in Taipei of the country's implementation of two United Nations' human rights-related covenants, namely the International Covenant on Civil and Political Rights (ICCPR) and the International Covenant on Economic, Social and Cultural Rights (ICESCR).
While Taiwan has substantially improved its human rights record over the years, some long-standing issues, such as the continued use of the death penalty, remained inadequately addressed, Manfred Nowak, an Austrian human rights lawyer who previously served as the U.N.'s Special Rapporteur on Torture, said at a press conference on 13 May.
"Taiwan is already among a very, very small number of countries in the world that still retain the death penalty, and the arguments that are time and again, repeated by the government, are far from convincing," Nowak said.
"We are strongly appealing to the Executive Yuan to immediately declare a moratorium on executions," Nowak said, adding that the "cruel, inhuman and degrading" punishment was in violation of ICCPR's Article 6 and 7.
At the same time, all death sentences should be commuted immediately and Taiwan's Minister of Justice should no longer sign execution orders, Nowak said.
Taiwan has the potential to become the Asian standard-bearer in the recognition and enforcement of international human rights, but it will never achieve that so long as the death penalty remains an element of its criminal justice system, Nowak added.
In response to the comments made by the panel, Cabinet spokesperson Lo Ping-cheng stressed that gradually abolishing capital punishment remained the government's goal.
Lo, however, said at the press event that there was a lack of consensus over the matter in Taiwanese society, hinting that an overhaul of the current policy might not be made anytime soon.
The government has taken note of the suggestions made by the international human rights experts and will convene to discuss the feasibility of declaring a moratorium on executions, Lo said.
Taiwan last carried out a prisoner execution in 2020, and there are 38 prisoners currently on death row.
According to Lo, the 38 prisoners sentenced to death have brought their case to the constitutional court and have therefore received a legally guaranteed stay of execution.

The legal drama of a man found guilty of raping, killing, and dismembering a woman on the lawn behind Taipei's Huashan 1914 Creative Park in 2018 has finally come to an end, following the Taiwan Supreme Court's decision to uphold a lower court’s life sentence on 23 February 2022.
Chen Po-chien, an archery instructor, was indicted in August 2018 on charges of murder and sexual assault in addition to abandoning and destroying a corpse. The victim, surnamed Kao, was a female member of an archery class Chen organized and taught on the lawn of Taipei's Huashan 1914 Creative Park.
On 31 May 2018, Chen and Kao spent time together and consumed alcohol. Chen admitted that he tried to rape Kao.
Chen strangled Kao, dismembered her body, and scattered it around a remote part of Yangmingshan National Park. He then spent the money he found in her purse.
The Taipei District Court sentenced Chen to death in August 2019. The defendant appealed the case to the Taiwan High Court, which sentenced the defendant to life in prison in April 2020 on the grounds that he had confessed to the murder.
However, the case went all the way to the Supreme Court.
In Oct. 2020, the Supreme Court ruled that Chen had misled the investigation several times by giving false information and that the High Court had failed to consider this when it decided to reduce the punishment. Therefore, the Supreme Court revoked the lower court’s ruling and demanded a retrial.
The High Court upheld its previous sentence of life imprisonment on Chen in Sept. 2021, ruling that he was still corrigible.
In Taiwan, life imprisonment means a minimum of 25 years in jail before becoming eligible for parole.
The ruling was again appealed to the Supreme Court, which on 23 February upheld the lower court’s life sentence for the 30-year-old Chen.