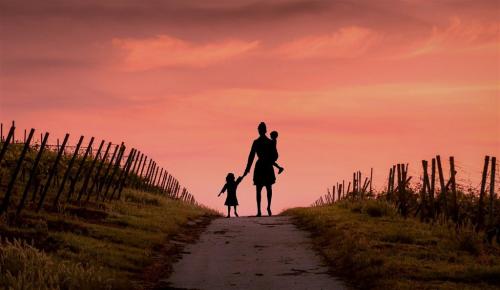 Taiwan High Court on 11 November 2021 issued a ruling resentencing a woman facing the death penalty to life in prison for the murders of her two children, citing the perpetrator's depression and remorse.

Taiwan High Court on 11 November 2021 issued a ruling resentencing a woman facing the death penalty to life in prison for the murders of her two children, citing the perpetrator's depression and remorse.
The 31-year-old woman, surnamed Wu, had originally been sentenced to death in November last year by the New Taipei District Court for the murders of her 8-year-old daughter and 6-year-old son.
The initial verdict said Wu had committed the "extremely cruel and cold-blooded" murders solely because of stress and dissatisfaction with her personal circumstances, adding that she had failed to show any signs of remorse for her crimes.
Wu appealed the district court's ruling, and it was reversed by the high court on 11 November, which resentenced Wu to life imprisonment and disfranchisement for life.
The high court based its decision on the fact that Wu had been diagnosed as having severe depression, and because she had committed the murders at a time when she was afflicted by tremendous stress.
According to the court, Wu has shown remorse for her wrongdoing while in prison.
Although the court took note of the flaws in Wu's personality and mentality, it considered that she did not exhibit behaviors against humanity, nor did she show antisocial tendencies.
Therefore, the court concluded that it would not be necessary to impose the death penalty on Wu and suggested that she receive therapy.
The case can still be appealed to the Supreme Court.
Wu was found guilty of murder for killing her 2 children in February 2020.
According to the court, after Wu had an argument with her brother and his wife on the evening of 13 February, she drove with her children to a motel in New Taipei's Wugu District. She then attempted to suffocate her children to death with pillows, failing after they fought back.
Two days later, at the same motel, Wu drugged her children with sleeping pills and then killed them by strangling them with a rope.
Wu then texted her ex-husband, the father of the 2 murdered children, bidding him farewell, after which she ingested sleeping pills, antidepressant drugs and alcohol in a failed attempt at suicide.
Upon receiving the text, Wu's ex-husband rushed to the motel, where he found the two children dead and Wu alive but lethargic. Wu was later rushed to the hospital and treated.
During the trial, Wu confessed to committing the murders, saying she had felt overwhelmed with the burden of caring for two children on her own for the past seven years.

A Taiwanese court on 26 May 2021 sentenced a man to death for killing a scooter driver in a random knife attack. 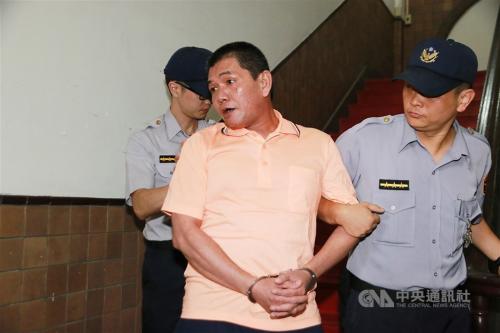 The Taiwan High Court on 14 April 2021 upheld the death penalty handed down to Li Kuo-hui, an ethnic Chinese from Myanmar, for starting a fire in an apartment building in Zhonghe, New Taipei in November 2017 that resulted in the deaths of nine people.

A Taiwanese court on 26 May 2021 sentenced a man to death for killing a scooter driver in a random knife attack.
Wang Ping-hua, 24, was convicted of murdering a man riding a scooter after quarrelling with his wife over where they should eat as the couple sat in a parked car.
"Wang stabbed and killed the victim, who was a stranger, by ambushing him from behind to vent his anger," Taipei district court said in a statement.
"His motive is vicious... and his action is cold-blooded and inhuman," it added.
The court rejected Wang's argument that he was suffering from multiple personality disorders at the time of the crime and was in a "state of unconsciousness" and therefore "had no control" over himself.
Its decision will be automatically appealed to a higher court.

The Taiwan High Court on 14 April 2021 upheld the death penalty handed down to Li Kuo-hui, an ethnic Chinese from Myanmar, for starting a fire in an apartment building in Zhonghe, New Taipei in November 2017 that resulted in the deaths of nine people.
Li, in his 50s, claimed to have heard other tenants making fun of him from his rented room in the building.
Early in the morning of 22 Nov. 2017, Li went out with an empty bottle which he filled with gasoline. At 8:32 p.m. that day, he returned to the apartment building and poured the fuel on the staircase to the fourth floor, ignited it and fled.
The blaze rapidly engulfed the fourth and fifth floors, where there were 25 small units with wooden partitions.
The New Taipei District Court said in its ruling in 2018 that Li set the fire out of anger, taking the lives of nine innocent people and therefore sentenced him to death for murder.
The district court's ruling was upheld by the High Court.
However, in July 2020 the Supreme Court remanded the case to the High Court for a retrial.
The High Court ruled on 14 April that Li was guilty of murder with direct intent, High Court spokeswoman Huang Yu-ting said.
Considering Li had no mental disorders when he set the fire and was wanted by the police for two earlier counts of arson when the incident took place, the High Court decided to uphold the previous ruling including the lifetime deprivation of civil rights and the death penalty.
However, the ruling can still be appealed, Huang said.
Li was previously indicted for two counts of arson by New Taipei prosecutors in connection with two fires in May and June 2017, but went on the run.
No one was hurt in the earlier incidents but two motorcycles were damaged in the second one.

Minister of Justice Tsai Ching-hsiang said on 21 April 2021 that Taiwan remains on track to abolish capital punishment despite an execution and five death sentences last year.

Minister of Justice Tsai Ching-hsiang said on 21 April 2021 that Taiwan remains on track to abolish capital punishment despite an execution and five death sentences last year.
Tsai made the remark after the release of the Death Sentences and Executions 2020 report by Amnesty International, which lists Taiwan as one of the 18 nations that carried out the death penalty in 2020, wrote Liberty Times.
Tsai stressed that Taiwan’s stance on the eventual abolition of capital punishment has not changed. Nevertheless, executions are still allowed as the law stands, and he said the ministry would ensure such sentences are enforced after strict and prudent assessments.
Four of the five cases where death sentences were handed out in 2020 were below the age of 30, which reflects a worrying trend, according to Lin Tzu-wei, legal director of the Taiwan Alliance to End the Death Penalty. The view was echoed by Yeh Ta-hua, a member of the National Human Rights Commission, who said the commission will monitor the conditions of mentally challenged convicts and avoid violations of the International Bill of Human Rights.
Yeh also called for the factors contributing to crime to be better addressed as well as preventative intervention through improved social welfare. The issue was in the spotlight again after a New Taipei court sentenced a single mother to death for strangling her son and daughter last year, a tragedy some say stemmed from a lack of social support, wrote CNA.