A South Korea district court imposed a rare death sentence on a 53-year-old man on 23 June 2022 after he was found guilty of killing a woman for money in December last year, and then also murdering an accomplice.
The man, Kwon Jae-chan, was charged with robbery and corpse abandonment in the double murder case after allegedly strangling the 50-something female acquaintance to death at a building in Incheon, 40 kilometers west of Seoul, 4 December.
He used her credit card to withdraw cash from an ATM and stole her jewelry while the woman's body was kept inside the trunk of a car.
The following day, Kwon murdered and buried a 40-something male accomplice on a hill near Eulwangri Beach on Yeongjong Island off the coast of Incheon.
Delivering the capital punishment, the Incheon District Court pointed out Kwon appeared to have no possibility of reformation and showed no signs of serious repentance.
"Recovery of humanity cannot be expected from the accused," the court said, adding it was giving the death penalty to hold him accountable and prevent the recurrence of a similar crime.
Kwon was also order to wear a tracking device for 30 years.
Since its last execution 30 December 1997, Korea has not carried out the death penalty, and is globally categorized as "abolitionist in practice."
Imposing capital punishment is still permissible under the law, and at the end of 2020, 60 people were in prison after getting the death penalty. 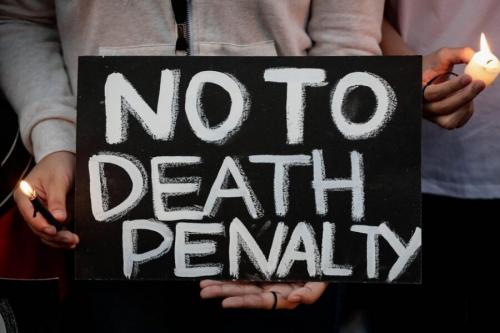 Catholic Church in South Korea joined other religious groups to call for the abolition of the death penalty terming it unconstitutional and ineffective in curbing criminal offenses in the country. 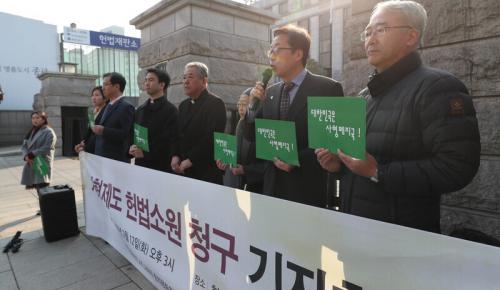 South Korea’s death penalty is being taken before the Constitutional Court for the first time in 12 years.

Catholic Church in South Korea joined other religious groups to call for the abolition of the death penalty terming it unconstitutional and ineffective in curbing criminal offenses in the country.
Korean Bishops’ Justice and Peace Committee made the appeal as the nation’s Constitutional Court holds the third hearing to debate whether the existing moratorium on the death penalty should be upheld or overturned in the East Asian nation.
The committee had joined in a petition filed by a person who is accused of killing his parents in February 2019. The prosecution had demanded the death penalty, but the court sentenced the convicted person to life imprisonment, reported Dong-A Ilbo.
The petitioners have appealed to the judges for the need to see the dignity and value of life in punishments meted out by the judicial system.
"Life is an absolute value which cannot be taken away through a legal judgment," the petitioners said, defending their stance on the abolition of capital punishment. "As society has changed in the past 12 years, we expect a proper conclusion this time."
South Korea’s Justice Department has pushed for maintaining the status-quo on the matter based on the two previous judgments from the apex court in 1996 and 2010.
“The abolition of the death penalty is a matter that must be passed through legislation,” the department has argued.
In two earlier hearings, the top court had ruled in favor of the death penalty in 1996 and 2010, with judges voting 7-2 and 5-4 respectively. For the death penalty to be termed unconstitutional 6 out of 9 votes must be in favor of abolishing the practice.