Death penalty for collaboration with Israel 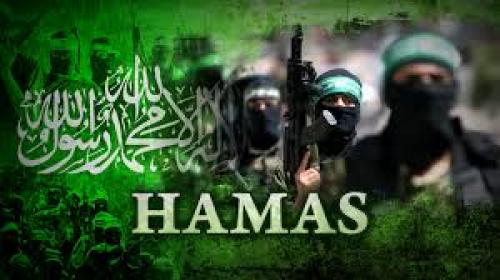 GAZA: TWO MEN SENTENCED TO DEATH FOR ‘COLLABORATION’ WITH ISRAEL

A court in Hamas-controlled Gaza Strip sentenced two men to death on 13 October 2022 for "collaboration" with Israel. 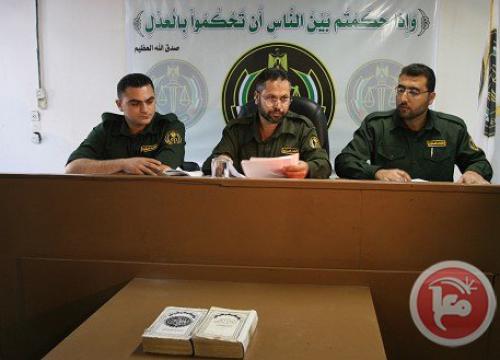 The Hamas movement governing the Gaza Strip says it has executed five Palestinians, including two for “collaboration” with Israel.

GAZA: MAN SENTENCED TO DEATH FOR 'SPYING FOR ISRAEL'

A marshal court in Gaza on 28 June 2022 sentenced to death by hanging a Palestinian who was convicted for allegedly passing information to Israeli intelligence services.

A court in Hamas-controlled Gaza Strip sentenced two men to death on 13 October 2022 for "collaboration" with Israel.
According to reports carried by the Palestinian news agency Maan, the sentenced men are two residents of Khan Younis and Gaza City, the latter a fugitive from justice, for "communicating with a hostile actor".
The court said that the former is to be executed by firing squad, while the latter will be hanged, while stating that both verdicts can be appealed.

The Hamas movement governing the Gaza Strip says it has executed five Palestinians, including two for “collaboration” with Israel.
The executions on 4 September 2022 were the first carried out in the coastal enclave for more than five years.
“On Sunday morning, the death sentence was carried out against two condemned for collaboration with the occupation [Israel] and three others in criminal cases,” Hamas said in a statement.
The statement went on to say the defendants had previously been given “their full rights to defend themselves”.
Hamas’ interior ministry provided the initials and years of birth of the five executed Palestinians, but did not give their full names.
The two executed for collaboration with Israel were two men born in 1978 and 1968, it said.
The older of the two was a resident of Khan Yunis in the south of the blockaded Gaza Strip. He was convicted of supplying Israel in 1991 with “information on men of the resistance, their residence … and the location of rocket launchpads”, Hamas said.
The second was condemned for supplying Israel in 2001 with intelligence “that led to the targeting and martyrdom of citizens” by Israeli forces, the statement added.
The three others executed had been convicted of murder, it said.
Hamas has sentenced numerous people to death in recent years for “collaboration” with Israel, but the executions on Sunday were the first carried out since May 2017.

A marshal court in Gaza on 28 June 2022 sentenced to death by hanging a Palestinian who was convicted for allegedly passing information to Israeli intelligence services since 2007 regarding activities carried out by armed groups in the Gaza Strip, the Palestinian news agency Maan said.
According to the charges, the man - identified as Nidal S. - revealed, among other things, the location of military tunnels and rocket launchers that were attacked, "causing deaths and injuries" among the militants.
Three others were sentenced to lengthy jail terms with forced labor for "collaborationism" with Israeli secret services. All the defendants can appeal the sentence, Maan said.

The Higher Crime Committee in the Gaza Strip on 25 August 2022 issued a death sentence against (‘A. Sh.), from Gaza City, after he was convicted of premeditated murder of (‘A. ‘A) in a family dispute that took place on 3 March 2021.