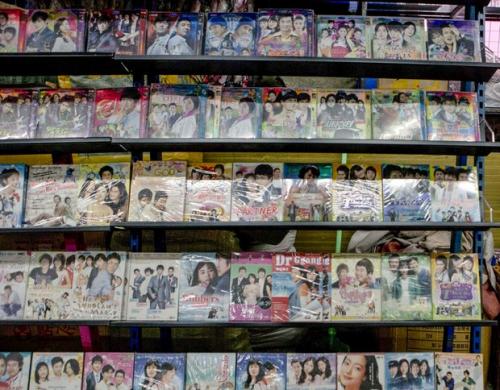 North Korea has publicly executed three teenagers by firing squad – two for watching and distributing South Korean movies and one for murdering his stepmother – two sources who witnessed it told Radio Free Asia.

North Korea has publicly executed three teenagers by firing squad – two for watching and distributing South Korean movies and one for murdering his stepmother – two sources who witnessed it told Radio Free Asia.
The alleged crimes committed by the teens, estimated to be 16 or 17, were equally evil, authorities told terrified residents, who were forced to watch, the sources said.
“They said, ‘Those who watch or distribute South Korean movies and dramas, and those who disrupt social order by murdering other people, will not be forgiven and will be sentenced to the maximum penalty–death,’” a resident of the city of Hyesan, on the border with China, where the execution took place, told RFA’s Korean service.
The execution took place in October at an airfield in the city, the resident said.
“Hyesan residents gathered in groups at the runway,” she said. “The authorities put the teen-aged students in front of the public, sentenced them to death, and immediately shot them.”
Such executions are rare in North Korea, but not unheard-of. Authorities typically use executions to terrify people into behaving in the way they want them to.
The executions occurred about a week after authorities held public meetings to tell the public that they were going to get tough on crimes involving foreign media, especially from South Korea.
The two teenagers who were executed were caught trying to sell thumb drives containing the contraband media in their local marketplace. Officials plant spies among the public who would then report the sellers to the police, the source said.
“The students were caught in a trap this time,” she said.
News of the execution has spread and terrified people, a resident of neighboring North Hamgyong province told RFA on condition of anonymity to speak freely.
“Despite intensive control and crackdowns to eradicate reactionary thought and culture, young people are still caught secretly watching South Korean movies. … So now the authorities are embarking on a reign of terror through public execution,” the second source said. 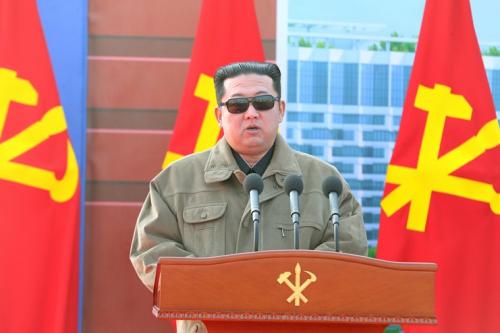 The daughter of a high-ranking cadre along with her boyfriend have been publicly executed for watching and distributing South Korean films, soap operas, and entertainment programs.

The daughter of a high-ranking cadre along with her boyfriend have been publicly executed for watching and distributing South Korean films, soap operas, and entertainment programs. North Korea is apparently intensifying its “fear politics” based on a law to eradicate “reactionary thought and culture.”
According to a Daily NK source in South Pyongan Province on 25 February 2022, a young woman in her 20s identified as “A,” along with her boyfriend “B,” were publicly shot in Munhwa-dong, Pyongsong, in mid-January.
The woman was the daughter of the head of the political department of the South Pyongan Province branch of the Ministry of State Security (MSS). A graduate of the Pyongyang Han Tok Su University of Light Industry, she had worked in foodstuff production.
Recently, however, she was essentially unemployed, having returned to her hometown of Pyongsong. On paper, she was employed at a production base under the provincial branch of the MSS, her father’s employer. However, she was making monthly payments to avoid showing up at the office, a practice known as “Aug. 3 work” in North Korea.
Her boyfriend — reportedly the son of a laborer — was a computer technician who graduated from the automation department of a natural sciences university.
The couple apparently enjoyed South Korean food programs such as “Baek Jong-won’s Alley Restaurant” and “Hard Life Rich People,” and even considered selling dishes based on what they saw in the programs. Later, they began watching other kinds of South Korean videos, and started to earn money by copying and distributing the videos.
According to the judgment handed down at their public trial, the couple imported a computer from China to copy the videos. They were also crafting a plan to engage in professional distribution activities by copying videos and printed materials from overseas, operating a photo studio with photo editing and printing equipment as a front.
In fact, according to explanatory materials for the law to eradicate “reactionary thought and culture” obtained by Daily NK in January of last year, Article 27 of the legislation calls for sentences of five to 15 years of correctional labor against people caught watching, listening or possessing “films, recordings, publications, books, songs, drawings or photos from South Choson [South Korea],” and life sentences of correctional labor or even death for individuals who import and distribute such materials.
North Korean authorities judged that the couple was able to avoid registering their imported computer with the MSS and engage in illegal copying of videos because they were protected by A’s father, a high-ranking cadre at the provincial branch of the MSS.
A’s father was originally an administrative cadre but was promoted to the MSS based on his reputation for eliminating “reactionary” individuals and dissidents.
Ultimately, A was publicly executed. Though the lives of her father and other family members were spared, they were sent to a political prison camp.
About 20 people accused of taking part in distributing the videos along with MSS officials were given front row seats to the execution. Immediately after the shooting, all these spectators were arrested for participating in or overlooking the illegal distribution of videos.
Prior to this, North Korean authorities ordered that a certain number of people from institutions such as the local inminban (people’s unit), MSS, and prosecutor’s office participate in public trials. Accordingly, about 300 people reportedly watched the execution.
The source said intense crackdowns to eradicate the import and distribution of foreign videos are continuing. 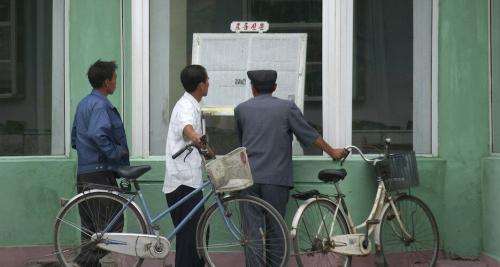 A notice posted in the North Korean capital earlier this year and seen by NK News this week warns that those who spread “rumors” about COVID-19 and Pyongyang’s quarantine policies could face the death penalty.

A notice posted in the North Korean capital earlier this year and seen by NK News this week warns that those who spread “rumors” about COVID-19 and Pyongyang’s quarantine policies could face the death penalty.
The notice, dated May 29, 2022, came around two weeks after the country admitted it was facing a COVID-19 outbreak for the first time and described any criticism of the country’s pandemic policy as “anti-state” activities.
“Some [North Korean] residents who are interpreting the Party and government’s anti-epidemic policies in their own way are spreading groundless rumors, disturbing the public sentiment and destroying the political stability of the society,” the decree says, prohibiting activities such as spreading “distorted” information about the spread of “malicious virus,” which is a code phrase for COVID-19 in North Korea.
People are also banned from “spreading how they have interpreted” North Korea’s anti-COVID rules and guidelines “in their own way,” as well as lies about them, it goes on.
“Those who commit especially severe violations of this decree will be subject to harsh punishment up to and including the death penalty, and family members living together with them will be subject to relocation and expulsion.”
The decree came amid heavy state media coverage about COVID-19, quarantine policy and case numbers, as well as claims of victory over the virus as “fever” cases dropped. Analysts told NK Pro at the time that North Korea, which has initiated no known vaccine campaign, was highly unlikely to have stopped COVID-19 completely.
The date on the photo of the rumor decree shows that it was proclaimed the same weekend North Korea lifted a weeks-long COVID-19 lockdown in the capital.
It is unclear whether the proclamation on clamping down against rumors is still being implemented in the country.
But the decree is yet another example of North Korea’s harsh, draconian approach to the pandemic undertaken since early 2020.
NK News had reported on another Ministry of Public Security degree earlier this year that warned of execution for those stealing or tampering with medical supplies. That decree was dated May 14, two days after the first COVID-19 outbreak report in state media.
Experts at the time pointed to mass gatherings in Pyongyang in April – a military parade and related events – as potential superspreader events.
However, three months after North Korea’s first public confirmation of the omicron outbreak in mid-May, Kim Jong Un declared the virus was “eradicated” from the DPRK territory in August.
His sister Kim Yo Jong faulted anti-regime leaflets from South Korea as a cause of North Korea’s outbreak, hinting at how the DPRK leader may have also caught the virus.