Optional Protocol to the Convention Against Torture and Other Cruel, Inhuman or Degrading Treatment or Punishment

situation:
The Republic of South Sudan gained independence from Sudan on 9 July 2011, following a January referendum under the terms of the 2005 Comprehensive Peace Agreement (CPA) that ended Africa’s longest-running civil war. The agreement also provided for a referendum in the south on independence in 2011, in which 99% of southern Sudanese voted to split from Sudan.
Formed from the 10 southern-most States of Sudan, South Sudan is highly diverse ethnically and linguistically. Unlike the predominantly Muslim population of Sudan, the South Sudanese follow traditional religions, while a minority are Christians. Under the Penal Code Act, 2008 (pre-independence), the death penalty in South Sudan is provided for treason; insurgency, banditry, sabotage or terrorism resulting in death; perjury in a capital case leading to wrongful execution; murder; attempted murder causing injury by a person sentenced to life for a previous murder; brigandage with murder; and drug dealing under aggravated circumstances.
People who in the opinion of the Court are under 18 years of age cannot be sentenced to death, neither can people who in the opinion of the Court are over the age of 70.
Under South Sudanese law the Supreme Court has to review and confirm all death sentences and the President must approve all executions before they take place.
South Sudan’s 2008 Code of Criminal Procedure provides that execution is by hanging.
Anyone convicted of murder may be sentenced to death or life imprisonment, but there is a third alternative. He or she may be fined, and imprisoned for a shorter time, if the nearest relative of the deceased opts for the traditional “blood money”.
The death penalty is also provided by the Transitional Constitution adopted on 9 July 2011.
According to the Office of the UN High Commissioner for Human Rights (OHCHR), the overwhelming majority of individuals in prison in South Sudan do not have legal representation or the right to free legal aid in serious criminal, civil, land and family matters. An estimated 95 percent of prisoners in the country, according to South Sudan’s Justice Ministry, go through the criminal justice system without legal aid.
In January 2012, President Salva Kiir Mayardit established a constitutional review commission with the mandate to develop a permanent Constitution. The death penalty has already surfaced as a contentious issue in this process, as it did during the drafting of the 2005 Interim Constitution and the 2011 Transitional Constitution. The President is said to be extremely uncomfortable signing death warrants.
Meanwhile, voices against the death penalty are already emerging in South Sudan. Many South Sudanese are Christian and oppose the death penalty on religious grounds. Others contend that the death penalty, introduced under British colonial rule, is incompatible with the customs and traditions of the people of South Sudan. Under the customary laws of most communities, people found guilty of murder must pay compensation to the family of the deceased, a remedy designed to restore relationships rather than to exact retribution by taking away the wrongdoer’s life.

Magai Matiop Ngong on 29 July 2020 was removed from death row following the South Sudan Court of Appeal’s decision on 14 July to quash the death sentence imposed on him because he was a child at the time of the crime.

Magai Matiop Ngong on 29 July 2020 was removed from death row following the South Sudan Court of Appeal’s decision on 14 July to quash the death sentence imposed on him because he was a child at the time of the crime.
The Court sent his case back to the High Court to rule on an appropriate sentence.
When Magai was 15 years old, he got into a physical fight with a neighbor. When his cousin tried to stop the fight, Magai took his father’s gun and fired warning shots to the ground. One bullet bounced off the ground and hit his cousin, who later died in hospital.
Amnesty International’s Director for East and Southern Africa, Deprose Muchena said:
“We welcome the Court of Appeal’s decision to quash Magai Matiop Ngong’s death sentence because under South Sudan and international law a child cannot be sentenced to death. Magai is one of the lucky ones. At least two other people, who were children at the time of the crime, have been executed in the country since May 2018; their lives extinguished as well as all the hopes their families had for them.
"The South Sudanese government must fully comply with national and international laws which prohibit the use of the death penalty against anyone below 18 years of age at the time the crime was committed. The authorities must abolish this cruel, inhuman and degrading punishment." 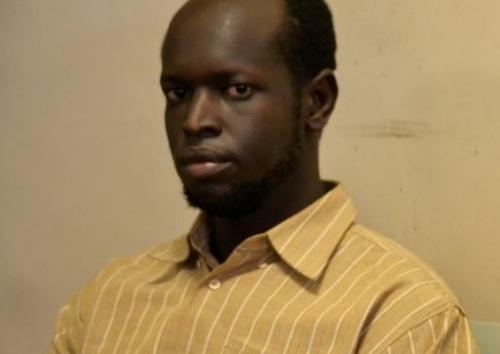 The High Court in Juba, South Sudan, on 26 October 2020 sentenced Babu Emmanuel Lokiri, the accused in the murder of three juvenile sisters, to death by hanging after finding him guilty of murder. 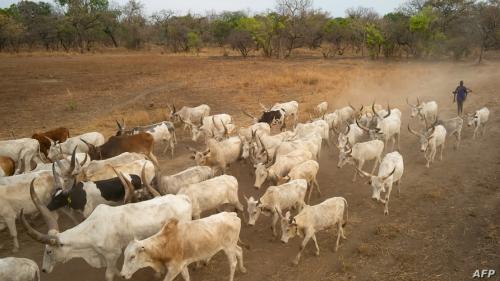 A judge in South Sudan's Jonglei state on 13 October 2020 sentenced two men to death for stealing two cows and killing the man who owned the animals.

The High Court in Juba, South Sudan, on 26 October 2020 sentenced Babu Emmanuel Lokiri, the accused in the murder of three juvenile sisters, to death by hanging after finding him guilty of murder.
24-year-old Babu Emmanuel was the prime suspect for the murder of three siblings Lydia Edward, 9, Blessing Edward, 7, and their 4-year-old sister Nura Edward two months ago at their home in Juba’s Rock City suburb.
High court Justice Duoth Kulang Bishok issued the ruling.
Asked by the court, what should be done to the convict before a ruling was made, the children’s parents called for retribution.
On 23 October the prosecution team and defense lawyers of Babu Emmanuel made their final submissions to the court. Babu’s defense lawyer Simon Akeny insisted that his client was innocent.
South Sudanese President Salva Kiir Mayardit condemned the murder of the three children which sparked a public outcry calling it a "heinous crime" and directed law enforcement agencies to use every tool at their disposal to quickly apprehend and bring the suspect to justice.
The three siblings were murdered on 1st August 2020.

A judge in South Sudan's Jonglei state on 13 October 2020 sentenced two men to death for stealing two cows and killing the man who owned the animals.
Officials say they hope the judge's sentence will deter other cattle raiders in Jonglei, where cattle raiding and child abductions are rampant.
High court judge John Yiel Aleu sentenced 30-year-old Kuorwel Majok Mayom and 25-year-old Chol Manyiel Jool to death by hanging on 13 October in the state capital, Bor.
Majok and Manyiel were found guilty of killing John Buol Dut and stealing his cows last December when the cattle were being moved from Bor to Awerial County in Lakes state.
The judge said the death penalty was appropriate for the crimes committed.
"The court followed its procedures and today it passed its judgment that the accused Kuorwel Majok and Chol Manyiel have been convicted under Section 305 and 206 penal code act 2008 and they are sentenced to death," he announced in court.
Michael Khor Dut, a brother to the deceased, welcomed the punishment.
"This gentleman was killed intentionally. Why? Because of his cattle. He was not a cattle keeper, he was just a university student who was taking his cows to the cattle camp," said Dut.
Malueth Nyok, an uncle to both convicted men, called the ruling unfair. Nyok argued there was no direct evidence introduced in court that linked his nephews to Dut's murder.
"There is no evidence that shows that these gentlemen beat the deceased with the stick, no one saw them doing that. We see that cattle get lost and these cattle were lost and that is why they were being kept so that the owner would come and take them," Nyok told VOA's South Sudan in Focus.
The family will appeal the ruling within the next 14 days, according to Nyok.

The military court martial in Juba on 18 September 2020 sentenced to death a police officer and a soldier accused of killing a lecturer early this year.
In January Bol Chol, a law lecturer at the University of Juba was shot dead on his way home near a police post at Kubri Haboba.
Police arrested the two prime suspects in February — Sergeant John Makur Mabior and private Mathiang Ater Makuei.
However, the first convict, Sergeant Makur reportedly escaped from prison.
Police later said it arrested seven officers for enabling Makur to escape from prison.
The military court on 18 September found Sergeant Makur guilty of killing Bol Chol.
The fugitive was sentenced to death by firing squad once he is apprehended.
The second convict private Mathiang Ater Makuei was also dismissed from the SSPDF, deprived of any benefit from the army, and sentenced to death. Both men are to be executed by firing squad.
Meanwhile, the third convict, Arop Ater Mawut, the wife to the first convict was sentenced to three years in prison in civil prison with effect from the date of her arrest on 28 January 2020.
President of the General Court Martial, Gen Marshal Stephen Babanen read out the verdict.