situation:
The death penalty has been in Ghana’s statute books since the inception of English common law in the country in 1874.Ghana still retains the death penalty for armed robbery, treason and first-degree murder.
There have been no executions since July 1993, when 12 prisoners convicted of robbery and murder were executed by firing squad. However, death sentences continue to be imposed.

On 15 June 2012, the White Paper on the Report of the Constitution Review Commission was made public with a Gazette notification. The Government of Ghana, among many others, accepted the Commission’s recommendation to abolish the death penalty, replacing it with life imprisonment. “The sanctity of life is a value so much engrained in the Ghanaian social psyche that it cannot be gambled away with judicial uncertainties,” declares the White Paper, signed by John Evans Atta Mills, President of the Republic of Ghana. A five-member Implementation Committee was set up with the mandate to implement the recommendations accepted by the Government. The Constitution Review Commission was inaugurated by President Mills on 11 January 2010 to undertake a consultative review of 1992 Constitution, and on 20 December 2011 it submitted its Report to the President, who thanked the Commission for the work done.


In March 2014, the Constitution Review and Implementation Committee (CRIC) submitted a draft bill for the amendment of entrenched provisions in the 1992 Constitution to the Attorney-General and Minister of Justice. The draft bill calls for the abolition of the death penalty and asks for it to be substituted with life imprisonment.  It also asks that the prerogative of mercy should not be extended to people who have committed high treason, treason, genocide, murder or narcotic offences, except in circumstances determined by a medical board.
On 24 April 2014, Cabinet had approved the abolition of the death penalty. The penalty had, however, remained on statute books because it was an entrenched provision in the Constitution, hence the need to overcome a number of legal hurdles, including by holding a national referendum which was not held till 2017.

In 2017, there are more than 149 persons, including 5 women on death row, but hardly they will not be executed because, as Director of Administration at the Prison Service Stephen Coffie has disclosed  on 13 July 2017, the hangman whose duty it was to professionally execute the death sentence has long left the system. What is more, there is a longstanding policy of clemency in the country by the Presidents.
On 4 July 2016, President John Dramani Mahama granted amnesty to another 896 prisoners to commemorate the 56th Republic Anniversary and three perioners sentenced to death had the penalty commuted to life imprisonment. Another was exonerated. In 2015, he granted an amnesty for 900 prisoners. Mahama was the Vice President of Ghana from 2009 to 2012, and he took office as President on 24 July 2012 following the death of his predecessor, President John Atta Mills. He was elected to serve his first term as president in December 2012 election. President Mahama’s clemency measures were part of a long series of amnesties granted by his predecessors, especially by President John Kufuor, devoted Catholic and known as “the good giant of Africa.” From June 2003 to 7 January 2009, his last day in office as President of Ghana, President Kufuor has granted clemency to 327 prisoners, who had their death sentences commuted to life imprisonment.

The death penalty on women
Ghana has ratified the Protocol to the African Convention on Human and Peoples’ Rights on the Rights of Women in Africa,  which prohibits the execution of pregnant women and of nursing mothers. The Criminal Procedure Code provides that when a woman is convicted of an offense punishable by death and is shown to be pregnant, the trial court (or Supreme Court) shall pass a sentence of life imprisonment.
In Ghana, as of July 2017, there were 5 female out of a total of 149 prisoners on death row, according to the Prison Service. One woman, Talata Baana was seteced to death for murder on 28 July 2017. 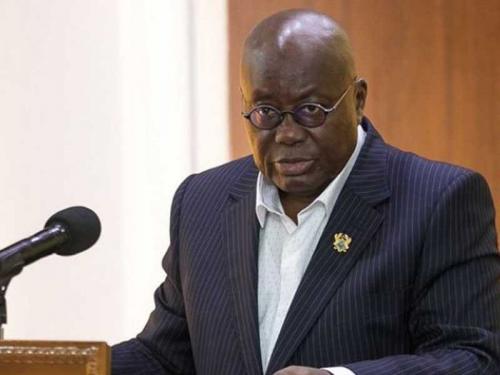 President Akufo-Addo has granted amnesty to 794 prisoners in Ghana as part of efforts to decongest the prisons in the wake of the coronavirus pandemic.

President Akufo-Addo has granted amnesty to 794 prisoners in Ghana as part of efforts to decongest the prisons in the wake of the coronavirus pandemic.
A statement signed by the Director General of Prisons, Patrick Darko Missah, on 30 June 2020, said: “The President of the Republic, His Excellency Nana Addo Dankwa Akufo-Addo, in consultation with the Council of State, in commemoration of Workers Day, 1 May 2020, and in a bid to mitigate the dangers posed by congestion in the prisons, especially in the wake of the COVID-19 pandemic, has, in accordance with Article 72 (1) of the 1992 Constitution, granted amnesty to 794 deserving prisoners”.
“The categories of the beneficiary convicts are as follows: first offenders, 772; very old prisoners (70 years and above) 16; seriously ill 4; death sentence commuted to life imprisonment 2."
“The first offenders, totaling 772, who have served, at least, half of their sentences, 16 very old prisoners and four seriously ill inmates, are to be released outright”.
“However, two prisoners on death row will have their sentences commuted to life imprisonment.”
This is the second time that the President has granted amnesty this year. On 26 March, President in consultation with the Council of State and Ghana Prison Service Council and in accordance with the exercise of Executive Powers per Article 72(1) of the 1992 Constitution granted 808 prisoners. 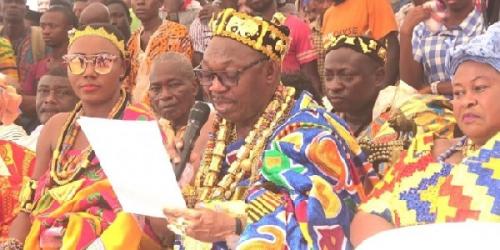 GHANA: JUSTICE HONYENUGA CALLS FOR THE REPEAL OF DEATH PENALTY

A nominee to the Supreme Court, Justice Clemence Jackson Honyenuga has called for the scrapping of the death penalty from the country’s statutes.

A nominee to the Supreme Court, Justice Clemence Jackson Honyenuga has called for the scrapping of the death penalty from the country’s statutes.
Justice Clemence Jackson Honyenuga made this appeal while facing the Appointment Committee of parliament on 11 May 2020.
“As I said, I used to be a very hard guy but I am now a born again and therefore I am for the abolishing of the death penalty. It should be substituted with life without parole.”
"Besides since 1975, nobody convicted of that sentence has been killed."
"I will advocate that there must be legislative step to abolish the death penalty,” he stated.
Born on 4 September 1952 at Nyagbo-Gagbefe in the Volta region and being called to the bar in November 1981, Justice Clemence Jackson Honyenuga has had over twenty years of legal practice and seventeen years as a Judge in Ghana.
Justice Clemence Jackson Honyenuga together with two others, Yoni Kulendi and Justice Issifu Omoro Tanko Amadu have been appointed by President Nana Addo Dankwa Akufo-Addo to the Supreme Court to replace Justices Julius Ansah, Nasiru Sulemana Gbadegbe and Anthony Alfred Bennin who are due for retirement this year.
He has been serving as a Justice of the Appeals Court until his appointment.
Currently, he has been sitting as additional High Court judge in the state’s criminal case against former COCOBOD boss, Dr. Stephen Opuni and businessman Seidu Agongo who have been accused of causing financial loss to the state.