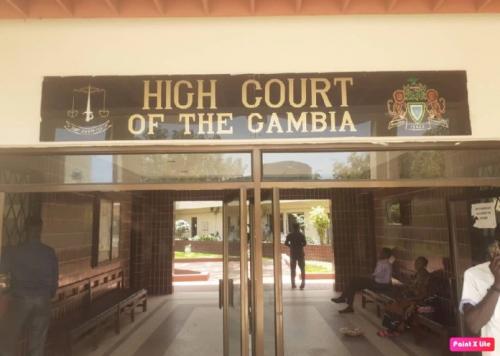 One Momodou Korka Jallow on 21 October 2021 was sentenced to death in Gambia by the High Court, presided over by Justice Sainabou W. Cisse after he was convicted of murder. 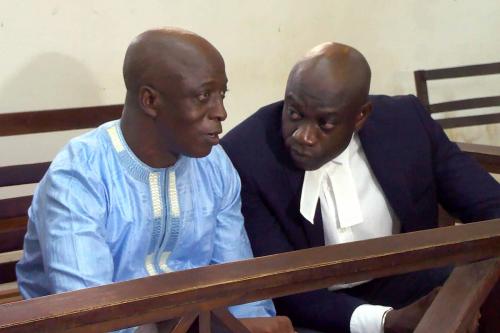 Justice Ebrima Jaiteh of the Banjul High Court on 14 July 2021 sentenced Yankuba Touray, a former Minister of Local Government and Lands to death by hanging.

One Momodou Korka Jallow on 21 October 2021 was sentenced to death in Gambia by the High Court, presided over by Justice Sainabou W. Cisse after he was convicted of murder.
The state alleged that Momodou Korka Jallow on 16 September 2016 at Old Yumdum village in the West Coast Region, unlawfully caused the death of one Abdoulie Dabbi Bah, by stabbing him with a knife.
The prosecution led by Muhammed B Sowe of the Attorney General’s Chambers called 8 witnesses to prove the charges against Momodou Korka Jallow.
The accused testified in his defence as a lone witness and advanced provocation and self-defence as reasons for stabbing Bah.
The trial judge dismissed his defence of provocation and self-defence as he failed to lead evidence to support his claim.
Justice Sainabou W Cisse found him guilty of murder and sentenced him to death.

Justice Ebrima Jaiteh of the Banjul High Court on 14 July 2021 sentenced Yankuba Touray, a former Minister of Local Government and Lands to death by hanging.
Justice Jaiteh found Mr Touray guilty of the charge of murder as alleged by the prosecution.
Touray is the first former senior member of Yahya Jammeh’s junta to be tried since the fall of the dictator in 2017.
He was accused of causing the death of former Minister of Finance, Ousman Koro Ceesay which according to the indictment happened at Touray’s residence in Kololi.
Touray is said to have used a pestle-like object when killing the former minister. He denied culpability.
The prosecution called nine witnesses who all testified in the case and tendered some documents as exhibits into the records to discharge their burden of prove in the case. The Defence on the other hand called three witnesses including Yankuba Touray.
The Judge held that the prosecution has proved their case beyond reasonable doubt and consequently, he convicted him for the murder of Ousman Koro Ceesay, a former finance minister under the military regime in 1995.
Justice Jaiteh held that the piece of evidence presented by the prosecution proves that Yankuba Touray is the murderer of Ousman Koro Ceesay. He held that Touray was a primary participant in the murder of Koro Ceesay.
The Judge relied heavily on the testimony of Alagie Kanyi, a self-confessed killer and an accomplice to the murder of Ousman Koro Ceesay.
He said Kanyi is a credible and relevant witness, adding Kanyi’s testimony remains uncontroverted by the Defence.
The Judge said Yankuba Touray conspired with ex-Captain Edward Singhatey, ex-Captain Peter Singhatey, Tumbul Tamba, BK Jatta, Pa Alieu Gomez and Alagie Kanyi to murder Ousman Koro Ceesay at Yankuba Touray’s residence in Kololi.
“The Accused Person (Yankuba Touray) took part in the burning of the body of the Deceased (Ousman Koro Ceesay) to cover up their crime,” the Judge added.
“Having found the convict (Yankuba Touray) guilty of murder of Ousman Koro Ceesay in cold blood and having considered that this court does not have any discretion under section 188 of the Criminal Code, the Convict Yankuba Touray is hereby sentenced to death. Pursuant to section 252 of the Criminal Procedure Code the said sentence shall be by hanging,” the Judge said.