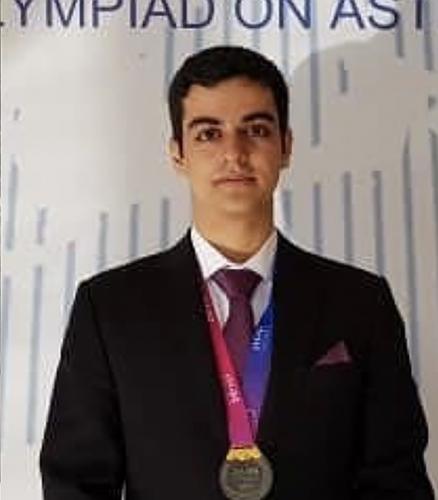 IHR Warns of Possible Torture of Two Elite Iranian Students, Ali Younesi and Amir Hossein Moradi.
The spokesperson for the Judiciary of the Islamic Republic of Iran on Tuesday, May 5, accused Ali Younesi and Amir Hossein Moradi, who were arrested on April 10, of having links with an opposition group, Mojahedin Khalq Organization (MEK), and being in possession of "explosive devices." The charge could result in severe punishment for the two elite Sharif University of Technology students.
Given the Islamic Republic’s long history of obtaining false confessions under torture, Iran Human Rights (IHR) warns of their fate and the possibility of a new wave of arrests aimed at intimidating the public to control the crisis during and post COVID-19 outbreak.
Referring to the Coronavirus pandemic, Gholam-Hossein Esmaili, spokesperson for the Islamic Republic's judiciary, accused the two students of "planning to create a catastrophic situation during Corona, which was thwarted by security forces."
Mahmoud Amiry-Moghaddam, Director of Iran Human Rights, said: "The judiciary of the Islamic Republic has a long history of making false accusations. The head of the judiciary himself stands accused of crimes against humanity. The charges against Ali Younesi and Amir Hossein Moradi have no credible basis. We are concerned that these fabrications are setting the stage for widespread and brutal repression of any opponents of Iran’s authorities, especially the student movement, and warn of a human rights catastrophe in the post-Coronavirus months. The international community and the civil society inside Iran must work to prevent a potential catastrophe by defending the rights of these two students."
Ali Younesi, a computer engineering student at Sharif University of Technology, and Amir Hossein Moradi, a physics student at the university, were detained by the Islamic Revolutionary Guard Corps' intelligence service on April 10, 2020.
Ali Younesi's brother, Reza Younesi, had previously said that his brother and Amir Hossein Moradi had been "beaten while arrested." He added that "Ali was brought home by 12 plainclothes officers. The agents severely beat him, he had blood on his face, head injuries and had been physically assaulted. The officers ransacked the whole house and took all the mobile phones, computers and my father’s car."
Ali Younesi's sister, Aida Younesi, also reacted to the judiciary's charges in a Twitter message. She called all the allegations "ridiculous" and said it was unclear what had happened to her brother in the past 26 days.
While at high school, Ali Younesi won silver and gold at the National Astronomy Olympiad in 2016 and 2017 respectively. In his senior year of high school, he won the gold medal with the Iranian national team at the 2018 World Astronomy Olympiad in China. He is studying computer science at Sharif University of Technology. Amir Hossein Moradi, who is a student of physics at the same university, also won silver at the 2017 Iranian Astronomy Olympiad.
It should be noted that the Iranian security services have a history of making false allegations and forcing false confessions under duress. In one case, Maziar Ebrahimi, an Iranian citizen, was arrested on charges of involvement in the assassination of nuclear scientists in 2012 by the Ministry of Intelligence. He pleaded guilty to the allegations in a televised confession, but was acquitted and released in 2014 when his innocence was proven following a dispute between the IRGC and the Ministry of Intelligence. It is believed that many people have been victims of false allegations charges and never had the opportunity to prove their innocence.